Canadians chose on October 21 to slap down Justin Trudeau and reduce his Liberal Party to minority government status with 1.5 million fewer votes. Probably, there will be another federal election in two years, or less. The enlarged Tory caucus is bristling for a fight, although under-performing Andrew Scheer can already feel daggers at his back.

The labour-based New Democratic Party lost 15 seats (20 seats less than it had in 2015), but holds the balance of power in Parliament. It must remain independent of the Liberals. Its working class base demands that the NDP agitate vigorously for No new pipelines, Nationalize the energy industry, Tax the rich, Provide restitution to Indigenous peoples, Deliver head to toe medicare now, Cancel student debt, Insist on proportional representation, and End Canadian complicity with the U.S.-led war drive, including the bid to overthrow the elected government of Venezuela. Cut the military. Stop backing the Zionist apartheid regime, and supplying arms to Saudi Arabia.

At the same time, NDP Leader Jagmeet Singh has some explaining to do. While he avoided political oblivion with a late turn to the left, how did his ‘team’ of controllers manage to drive the party down to fourth place, from 20 per cent of the votes in 2015 to a mere 15.9 per cent now? What effect did their obstruction and manipulation of the local candidate selection process have? Is it time for a leadership review?

Labour leaders too must be held to account. Shamefully, the head of the Canadian Labour Congress backed the strike-breaking Liberals, under the guise of ‘strategic voting’. Unifor, which quit the CLC over union raiding, did likewise.

Something to celebrate is the fact that the racist Peoples Party lost its only seat in the House of Commons, taking just over 1 per cent overall. Quebec, an oppressed nation, is demanding self government — a just demand that the revived capitalist Bloc Quebecois cannot deliver. The undemocratic electoral system cheated the labour-adverse Green Party, and other parties, distorting the will of voters.

The NDP Socialist Caucus sends congratulations to the many openly socialist NDP candidates who increased the party’s share of the vote locally: Dirka Prout in London North-Centre, Jessa McLean in York Simcoe, Matthew Green who was elected in Hamilton Centre, Leah Gazan who was elected in Winnipeg Centre, Yvonne Hanson in Vancouver Granville, Annie Ohana in Fleetwood-Kells, and Stephen Crozier (Surrey White Rock) – not to mention the re-elected Niki Ashton in Churchill Keewatinook Aski in Manitoba. Sadly, Svend Robinson lost a close race in Burnaby South.

Clearly, the influence of socialists in the NDP is rising impressively. Furthermore, a minority government is advantageous to the fight against capitalist austerity, corruption and authoritarianism. All in all, not a bad night for the working class and the left. As the postal workers proudly say: The struggle continues!

Get involved in your NDP Electoral District Association. Support, join, and donate to the NDP Socialist Caucus. Call: 647-986-1917 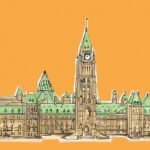