Originally Printed in the HuffPost

Omar Khadr, the Canadian who was captured in the frenzy of a firefight in Afghanistan, and who was tortured in Guantanamo, remains a lightning rod for controversy. At the same time, his case reveals much about the character of the political parties that inhabit Parliament.

The $10.5 million settlement and apology by the Justin Trudeau Liberal government raised the ire of the Conservative Party, right-wing bloggers and talk show hosts. Former Tory Prime Minister Stephen Harper weighed in to congratulate the demagogues and racists who seek to re-direct the funds to a U.S. military widow and to further punish Khadr.

But the Liberal Party deserves neither praise nor credit for trying to close this embarrassing file. Prime Minister Justin Trudeau’s hand was forced by decisions of the Supreme Court of Canada, including its 2010 ruling that Khadr’s charter rights were breached. In that light, Khadr’s $20 million lawsuit seemed more than likely to win.

Recall that it was the Liberal government of Jean Chretien that sent thousands of Canadian troops on an imperialist mission impossible into Afghanistan in 2002. In April 2007, The Globe and Mail published interviews with 30 Afghan detainees who claimed they were “beaten, starved, frozen and choked after they were handed over to Afghanistan’s National Directorate of Security” by Canadian Forces members.

The Liberal regimes of Chretien and Paul Martin refused to press Washington to release Khadr, a Canadian citizen, into Ottawa’s custody. Indeed, Canadian officials interrogated him in Guantanamo in 2003 and 2004, without legal representation, knowing he was a minor and had been subjected to torture.

Largely overlooked in the latest round of polemics is the clincher argument. It applies equally to the hard and soft factions of the pro-military patriots.

Washington simply had no business charging Khadr with murder, whether he caused the death or injury of U.S. personnel in uniform, or not. If Khadr was a child soldier, which the United Nations says he was by virtue of being under 18, then he wasn’t responsible for his actions. Alternatively, if Khadr ought to have been regarded as a soldier, then he did what all soldiers are expected to do — fight with weapons at hand when attacked.

Although thousands of U.S. troops have died in Iraq and Afghanistan, Khadr is still the only captive accused of killing a soldier. Is there another example of a soldier indicted for fighting, going back to the beginning of warfare? The Tories and Liberals, like bad actors in a hard-cop, soft-cop drama, both join the fray for power and plunder. They differ only over the rhetoric and the timing to be employed, not over principle.

The union-based New Democratic Party, on the other hand, has no material interest in supporting imperialism. Still, the NDP regularly gets sucked into backing wars of intervention due to a combination of pro-capitalism and cowardice on the part of its leaders.

It wasn’t until after the 2006 federal NDP convention in Quebec City, where the NDP Socialist Caucus and other anti-war delegates won the issue, that the NDP parliamentary caucus under Leader Jack Layton finally demanded “Canada Out of Afghanistan.” For that policy, the corporate media unfairly dubbed him “Taliban Jack.”

More recently, the NDP has supported the bid for justice for Omar Khadr, but did so in sotto voce, and on purely legalistic grounds.

The Green Party, to its credit, lambasted the Conservative Loyal Opposition for its transparent racism and high disregard for civil liberties.

Unfortunately, none of the parties addressed the root of the problem, the profit system — not even to the extent of demanding that Canada exit the old cold war alliance, NATO.

The Omar Khadr case shows that progress has been made, and also that there is far to go. We learn again that gains come from grassroots, mass, independent working-class political action. That principle is the best guide now to stopping the western-backed war on Syria, and halting the threats against the elected government of Venezuela which just concluded a highly participatory vote for a new constituent assembly. 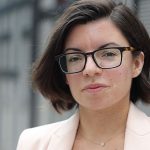 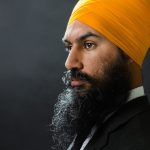