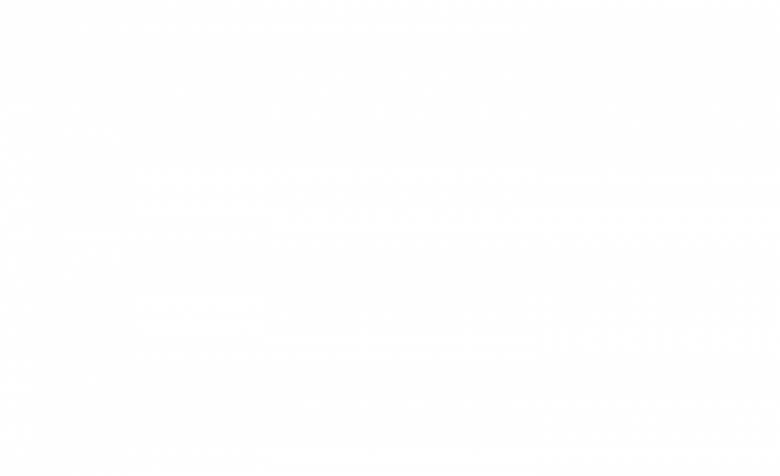 It’s so easy to take things for granted, but when you take things for granted you can be shocked when you need that thing and find out it has been taken away or isn’t there to do what you needed it for. This is true if it is something as simple as a spare tire in a car, or that our public health care system will cover us when we need it.

When someone joins a political party, they probably expect that they will have the right to attend meetings, to speak, to vote, and to run for various positions within the party. Political parties are not regulated in Canada (except in limited areas such as fundraising), so every political party has its own rules – often incomplete of badly worded and usually not explicitly defining the rights of members.

To be involved in our political process does not require that someone actually formally join a party – many people donate, attend rallies or volunteer at election time, even though they are not paid up members of their favoured party.

Political party membership is often estimated to be less than 2% of all Canadians. Most parties have separate federal and provincial wings and so there are overlaps, and not all parties make their membership numbers known. According to Wikipedia, the federal NDP is estimated at 125,000, Conservatives are estimated at 250,000, and likely the federal Liberals are similar except for their confusing system of registered “supporters” who join for free versus actual members who are actively involved.

Why do so few people join political parties? Apart from any general apathy towards politics, most people are smart enough to know that Canadian political parties are “top down” and power has increasingly been concentrated at the top in the hands of the leader and the party executive. Caucus also has some power to set policy, particularly with regards to issues that arise between party conventions.

The NDP is unique in that “our policies are determined by delegates representing the Party’s
membership as a whole at open and democratic conventions” which “are binding on all Party
members from the Leader to the constituency activist”. The NDP is more democratic in this regard, though of course there are always policies than time in conventions, and this process itself can be manipulated by the party’s elite to manage the process to avoid a full debate and vote on policies they would prefer to quash or downplay.

The answer to conventions might lie in technology – using cellphone apps or computer programs to further democratize the policy process before the convention is even called to order, to both speed things up as well as make the process fairer and more representative of the will of party members and/or delegates.

But at the heart of the lack of public involvement in political parties is that members have few formal rights, which allows parties to be so “top down”. The most controversial aspect perhaps has been the “vetting” of candidates, which is highly subjective. NDP members complained at conventions of the vetting process in 2015, which saw many potential candidates rejected, while in contrast, more well-known and favoured candidates like Noah Richler disclosed the process was a mere formality because the party was so eager to have them run, warts and all.

When it comes to electing someone as candidate, leader or to the party’s executive, the right to vote is meaningless if someone has eliminated choices based on their own subjective criteria. The NDP has issued formal statements opposing “pre-vetting” of candidates in Iran as being undemocratic, yet pre-vetting seems ok for internal elections.

For me, the most egregious infringement of the rights of members was that I was rejected in the 2017 leadership race. I had been told that nobody had ever been refused the right to run. The rules required that potential candidates get the names of 500 members in order to get on the ballot and participate in debates. This is a tough bar for an unknown to meet, but I was not even allowed my right to find 500 names unlike others who were approved to register with Elections Canada.

Yet, the NDP has approved controversial candidates with troubled pasts before, such as Wab Kinew or Svend Robinson. And of course, Rob Ford, Doug Ford, Patrick Brown and others on the political right have been elected to office despite proven or alleged crimes, so should the left hamstring itself by holding its candidates to a higher standard if the voters are not likely to require it?

In my case, the party’s officers and National Director denied that running for office was a right of members – and in effect that means that the right to vote is meaningless. But part of the problem is that the federal NDP constitution does not set out what rights members have, plus every provincial constitution is different and only a few of those set out what rights members have.

The best perhaps is Saskatchewan, which says:

Members in good standing shall have the right:

These rights should be Constitutionally enshrined at the federal level of the party and be binding on all provincial sections as well.

Rights are not always absolute and inviolable. We all accept that there is no right to yell “fire” in a crowded theatre, and usually rights can only be taken away under narrow, absolutely necessary circumstances and usually through a stringent process, much as we temporarily take away the rights of criminals only after a fair trial for serious breaches of the law.

Elections usually have rules that include limited, defensible, fair and objective eligibility requirements as the only bar to entry – this is what separates Canada from Iran.

The argument in favour of vetting is to prevent the party from being embarrassed later. But there are other ways to accomplish this.

A clear eligibility requirement might be that people running must support the goals and constitution of the party and be sincere in running for office, in effect that they are running “in good faith”. If someone is a member of another party or clearly is running to disrupt the party, then there is clear reason to remove them for misconduct if they should manage to meet the other requirements to run.

But what about past misdeeds that are not public knowledge but might be found and trotted out later by opponents, causing a candidate to quit of lose the election? Here the issue is to require full disclosure as opposed to the party elite picking and choosing who can and cannot run.

Potential candidates for any position should still be required to disclose all potential problems to the party in a confidential process. If the party believes that something is an issue that might be exploited to hurt the candidate or the party, then the candidate should be required to make a full public disclosure of those issues as a requirement to running. If a candidate doesn’t want something disclosed, they can quietly withdraw their application and their reputation will remain intact and the party cannot disclose the information.

In effect, if party members have a right to run for office, there is an offsetting obligation to the party and to its members to disclose anything material that is embarrassing unless the party executive agree to keep it quiet.

But there is one last issue with vetting and the setting of rules: if the party executive are allowed to right the rules for elections, and to subjectively reject or accept candidates based on their own preferences, what is to stop them from rigging elections for or against anyone at any level of the party, including their own re-election?

If a political party becomes split, as happened with the NDP during the years of the Waffle, or the Liberals during the Chretien/Martin years, what is to stop a party executive from violating the rights of party members (including kicking them out of the party) or to stop certain people for running for the leadership, as a candidate or for the party executive, so as to prevent any challenge to their control and to maintain an iron grip of the party?

This is why it is so important that democratic rights be clearly defined and enshrined in a party constitution. The beauty of democracy is that if rights are respected and the process is fair, the losers will usually abide by the decision and everyone can move on together, instead of some splitting off or the infighting continuing to cause disruption instead of uniting to fight for the things everyone does agree on. 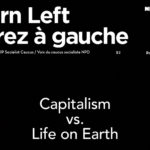 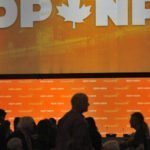