The thirty-eight year old Sikh lawyer from Brampton is the first Person of Colour to head a major Canadian political party – in itself, a significant development. As the target of racist attacks, he must be defended, although not in the way he did when confronted by a racist woman in Peel who absurdly berated him for being a Muslim. Singh simply repeated the words “We love you. We support you.” Racism and incipient fascism must be countered by stressing the need for working class unity against the system that breeds racism, and by initiating mass actions to crush the racists.

Singh handily defeated his opponents for the NDP leadership by skillfully recruiting from his social network. His election represents a doubling down on the shift to the centre, to glamour politics, to trying to beat the Liberals at their game. All this occurs at a time when the right wing, including the Liberal government, are moving ever more stridently against democratic rights, to shore up and extend the grip of imperialism on the world, to put profit before the environment.

Sadly, the most left wing candidate for leader, Niki Ashton MP, squandered the opportunity to present a bold socialist policy platform, to integrate grassroots socialist activists into her campaign, and to turn it into a vehicle for mass action against capitalist austerity, environmental plunder and war. She steered away from the path of Jeremy Corbyn.

Jagmeet Singh, an Ontario MPP who lacks a seat in the federal Parliament, appointed leadership opponent and Quebec MP Guy Caron to be NDP House Leader until the 2019 election. Charlie Angus, who has what the Toronto Star calls “the most nuanced position on pipelines and energy projects”, is left out in the cold. Does this mean Singh will oppose pipelines, and fight for public ownership and a rapid Green energy transition away from carbon dependency?

Given his overall record, it would take enormous pressure from below to move him in that direction.

During the 2017 federal leadership race Singh stunned members when he came out against universality in relation to seniors’ benefits. He infamously toured Israel hosted by Zionist organizations, and his leadership candidacy was backed by the openly pro-imperialist NDP Foreign Affairs Critic Helene Laverdiere.

Singh initially favoured the Energy East pipeline, then backed down under pressure from Niki Ashton and others. On post-secondary school fees and student debt he has been vague. On the positive side, Singh wants to de-criminalize all drugs and invest in the treatment of substance abuse as a health issue.

At the same time, he never uses the word “socialist” to describe himself; he proposes only minimal changes to tax law; and offers not a word about striving for democratic control of the economy.

That means party and labour leftists should press Singh sharply on pharma care, dental care, free post-secondary education, steep taxation of corporations and the super-rich, for BDS and Canada Out of NATO, and for public ownership, particularly in the areas of energy, banking, telecommunications and transportation.

Instead of offering a care-free honeymoon to the new leader, working class militants need to set the tone at the 2018 NDP federal convention. This should be done by advancing socialist policies and by demanding that Singh lead the fight for a Workers’ Agenda. 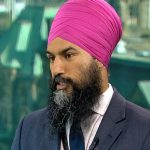 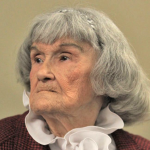 Tribute to the Life of Joy TaylorUncategorized