Socialist Caucus chair Barry Weisleder speaks at the recent NDP Convention in Vancouver against the resolution to change the pre-ample of the constitution, saying that socialism is a vital theoretical component of the NDP and the working class movement. Read full text below:

In many ways, this is a peculiar debate. The Halifax convention in 2009 mandated a review of the Constitution preamble. So, how long did it take to formulate this proposed amendment? Why was the new wording circulated only on the eve of this convention?

How is “social democratic” a more modern expression than “socialist” given that the two terms co-existed in the nineteenth century?

The NDP belongs to the Socialist International. Does that mean the NDP will quit the S.I. if “socialism” remains in the name?

And look at the timing. We are living in the most severe global capitalist crisis since the 1930s. Working people are in debt to an unprecedented extent. There’s a food crisis, an environmental crisis, several wars of plunder and occupation in the name of profit. And now some genius wants to take socialism out of the Constitution? What would Tommy Douglas say? No, No, No, a thousand times No!

No change of wording can erase the socialist roots and the working class origins of the CCF-NDP. So then, what is the function of such a proposed change?

It is two-fold. It puts a distance between today’s party and the generations of labour and socialist movement activists who fought scabs on picket lines, got arrested, shed blood in the battles for social justice, Medicare, democracy and peace.

The change would also send a signal to the Canadian establishment. It would say you can trust the NDP not to rock the boat of Canadian capitalism, not to challenge the system per se. Oh, the business media would still call the NDP “socialist” no matter what. But party leaders could publicly disavow the term. Worse, it would deprive the youth of a socialist education in the realities of the class struggle.

Let’s keep socialism in the Constitution, and let’s put it into practice, not only in Parliament, but on the picket lines, in the work place, and on the streets.

It is capitalism that has out-lived its usefulness. The future belongs to democratic socialism. Let’s keep the red flag flying. Delegates, let’s defeat this motion massively!” 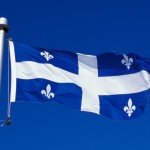 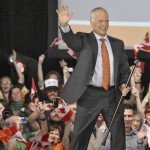