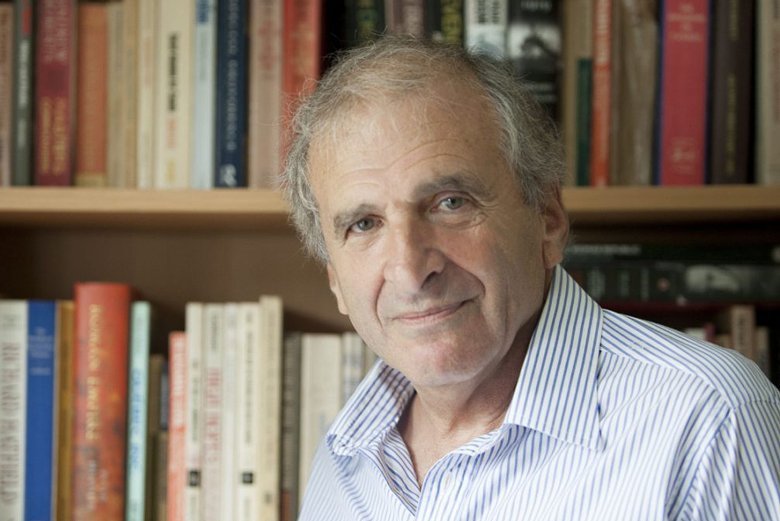 Accolades have been flooding social media since the untimely passing of longtime socialist activist, writer and professor Jim Laxer on Friday. Below are two articles about Brother Jim written by friends who knew him for decades.  The NDP Socialist Caucus wishes Jim’s family and friends heartfelt condolences during this period of great loss.

It was a shock, and very saddening to learn that James Laxer passed away at age 76 while traveling in Europe. He was one of the most articulate, honourable and courteous figures of the English Canadian left in the second half of the twentieth century. I had the pleasure of working with Jim in the Waffle Movement, inside the New Democratic Party in the early 1970s. Along with his father Bob Laxer, and Mel Watkins, Jim was a co-founder in 1969 of the left-nationalist current. I got to know him when I was president of the Ontario New Democratic Youth — even going out on a limb for the Waffle when I passed along an ONDP membership list after the party brass refused to share it with the insurgent body.

Those were the days of profound, stimulating ideological debates in the labour-based party — driven by the Waffle Manifesto and its associated resolutions on manufacturing, energy, culture and foreign policy. The Waffle galvanized a generation of New Left, Vietnam anti-war and student radicals, with Jim emerging from the latter milieu. His stunning bid for the NDP leadership in 1971, capturing one-third of the votes at the Ottawa convention, demonstrated the potential impact of socialist ideas in a mass labour-based party, and on the larger body politic, at a time of rising rebellion against the capitalist order worldwide. Notwithstanding his economic nationalism, Jim Laxer was an anti-imperialist and internationalist in his world outlook. He marched for global peace with justice. He championed Quebec’s right to self-determination, in the shadow of the 1970 invocation of War Measures Act by Pierre Trudeau.

We parted ways politically when the Waffle gave up the fight inside the NDP, following the ultimatum issued by Ontario Leader Stephen Lewis. The Trotskyists continued the struggle inside the party, aiming to win its working class base to a revolutionary, anti-capitalist perspective, while the re-christened Movement for an Independent Socialist Canada waged an unsuccessful electoral campaign. It soon after dissolved — a left-reformist current of intellectuals lacking a class base. Indeed, the Trudeau Liberals co-opted Canadian economic nationalism with the Foreign Investment Review Agency and Petro Canada.

James Laxer focused on his work at York University where he was a professor of political science for almost fifty years, and engaged in some public broadcasting.

Like many other Wafflers, ironically Jim rejoined the NDP. In 1981, he was hired as director of research for the federal NDP, but quit in 1983 when he published a report unpopular with the party tops for critiquing the NDP’s economic policies as being “out of date”.

In a certain way, Laxer was an early edition of Jeremy Corbyn. His dynamic, charismatic personality was, for a time, a lightening rod for a wide, dissident social layer.

James Laxer will be remembered far longer and with much more fondness than most of his antagonists in the right wing of Canadian social democracy.

The NDP Socialist Caucus, which continues today the fight for socialism and a Workers’ Agenda, albeit on a program that differs substantially from that of the Waffle, extends its heartfelt condolences to the family and friends of James Laxer at this moment of profound loss.

I received the news of Jim’s death from the Facebook post of his son Micheal. It is always a shock when someone who was a vibrant, outgoing and very funny person is suddenly no longer there.

I first met Jim Laxer and his first wife, Krista Maeots, when I wandered into the office of the Queen’s Journal in the autumn of 1965. I was a freshman English major straight out of the boonies of northern Nova Scotia, a little bit political and a cultural radical. It was in the evening, the office was buzzing, and I saw this strikingly blonde dynamo who seemed to be in command, so I asked her: “Who’s in charge?”

“We all are”, she said. “This is a collective effort”.

A few minutes later I was introduced to a young hairy looking guy named Jim. The thing I remember most about that first meeting was a joke he was sharing in a loud voice with a person named John Smart. All three, Jim Laxer, Krista Maeots, and John Smart, along with economist Mel Watkins and a group of NDP radicals like Jackie Larkin, Varda Kidd, Don Mitchell, Bev Currie, Don Kossick and a long list of other political activists, came together over the next four years to define a political current which was, and to some extent, still does, define the Canadian left.

In 1969, at the Winnipeg convention of the New Democratic party, a Manifesto for an Independent Socialist Canada written primarily by Laxer, Watkins, Maeots and Smart, but with input from socialists across Canada, was debated and argued as the centerpiece of the convention. It was a dramatic and stirring debate, where Tommy Douglas, the saint of Canadian social democracy was forced to enter the fray opposing the document. He was booed when he tried a line which said: “What kind of nationalization are you talking about? Are you planning to nationalize the farmer’s barn?”

Delegates took it for the red baiting which his phrasing implied.

I was a delegate from the federal secretariat of the New Democratic Youth of Canada, a position to which I had been elected earlier that summer in Ottawa. It was there that the NDY adopted the Waffle Manifesto as it had come to be known, against the opposition of the right wing. But the youth convention itself was a harbinger of things to come as it overwhelmingly was animated by the left, not only by the Trotskyists of the Young Socialists, or the young workers influenced by the Young Communist League, but a broader layer of politicizing youth from across the country.

The influence of the Manifesto was dramatic. I was at a meeting in the basement of the Skyline Hotel in Ottawa where the finishing touches were being put together with a broad group of people representing the left. Among the attendees was Ed Broadbent, who got into a debate with Jim Laxer about the economic effects of nationalization on Canadian relations with the USA. While Jim won the argument at the economic level, the elephant in the room was the reaction by US imperialism for a takeover of the oil industry, as an example. Neither was able to give a satisfactory answer to that problem, as I remember. Suffice it to say, Ed Broadbent didn’t endorse the Manifesto, but he was forced out of the leadership race at the 1971 convention by the Laxer-Lewis showdown.

Someone who did endorse the Manifesto at the 1969 convention was the leader of at that time the largest section of the NDP, Woodrow Lloyd of Saskatchewan. He rose to vote in favour of it, while his younger political opponents, Roy Romanow and Jack Messer, voted against it. Woodrow was in a majority in the Saskatchewan delegation, but Romanow and Messer were to manufacture his ouster as Leader a year and a half later.

In the race to replace Lloyd, the Waffle represented by Don Mitchell, came in third, and the candidate of the center, Allen Blakeney, beat Romanow. Blakeney was later to adopt many of the Waffle proposals as Premier of Saskatchewan. He nationalized the potash industry, which became a cash cow for the provincial treasury. He established SaskOil as a publicly owned competitor to the international oil cartels.

This is not meant as a history of the Waffle, but it is a method of showing the impact that a group of leaders with a vision can accomplish. Jim Laxer wasn’t the Waffle, but he was its articulate and human face, with a sense of humour which showed itself often, and was one of the compelling traits with which Jim was associated.

Jim and I ended up on the opposite sides of the leave or stay-and-fight debate within the Waffle. I believe it was one of the few political mistakes I saw him make in not challenging Stephen Lewis regarding the decision of the Orillia provincial council meeting. Nevertheless we remained friendly whenever we bumped into each other, usually through something arranged by our mutual friend Joe Flexer.

Nearly 50 years have gone by since the Manifesto for an Independent Socialist Canada was first published. At that time the strength of Canadian imperialism was not as apparent as it is today, so that the comparison between Canada and Mexico had at least a superficial attraction. Since that time, the evolution of the relationship between the two imperialisms has been towards a greater integration in a whole range of sectors (oil and gas, mining, aerospace, auto parts) and the development of a range of mechanisms which smooth out the frictions which can arise from time to time, but which, like NORAD, the Free Trade Agreement of the Americas, and the harmonization of immigration policies of Fortress America, are designed to manage the common orientation of the two capitalist classes.

Capitalist accumulation through a common orientation, despite tactical differences, in foreign policy, military partnerships, and a whole host of semi-state and non-state organizations has resulted in a situation which Jim Laxer, and his colleagues, fought against all his political life: an independent, capitalist Canada as part of the imperialist states of North America.

As a friend of mine commented yesterday; “Oh what a difference it might have made if we had adopted the Waffle”. I am pretty sure Jim would agree with that.

I join with the thousands of other comrades in the struggle in bringing condolences to Jim’s family. He touched us all. 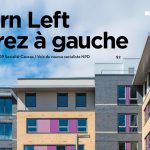 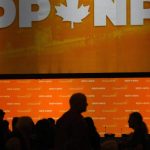