Chris was one of a ten Socialist Caucus members who were among the 33 NDP NB candidates in the September 14 provincial election.

The New Brunswick New Democratic Party is moving gradually to the left, but still does not present itself clearly as a workers’ party with a socialist agenda.  It did not gain a single seat in the New Brunswick provincial election on September 14, falling farther behind the slightly left of center capitalist Green Party.

New Brunswick Conservative Premier Blaine Higgs won a majority government with 27 seats.  The Liberals won just 17 (followed by the resignation of their leader, Kevin Vickers); the Green party secured three seats and the right-wing People’s Alliance won two. New Brunswick, on Canada’s Atlantic coast, was led by a minority Progressive Conservative government of 22 seats since November 2018, propped up by the right-populist People’s Alliance (then holding three seats) on key votes.

Mackenzie Thomason, the interim NDP leader hoped that positioning the party more to the left would produce better results.

The same day he stated in a CBC TV Leaders debate that “Irving does not pay their fair share of taxes”.  He called Irving out on building a new headquarters recently that, he said, was undervalued to the point that the city of Saint John is short $900,000 to one million dollars a year. Saint John might have been able to keep one of its firehalls if not for that big loss of tax revenue, he said.

He went on to raise the question of how many other buildings throughout the province owned by giant Irving Oil and its group of corporations have not been taxed fairly. He pointed to the fact that the Irving refinery in Saint John does not pay taxes comparable to other refineries of similar size across Canada. Calling Irving a “corporate tax evader,” he maintained that “unless Mr. Irving is hiding in back of the auditorium, everyone in the auditorium would benefit from higher taxes on the Irving companies.”

He also noted that none of the other party leaders would touch the topic because “they like Irving.”

For 23-year-old Thomason, who never expected to debate the other political leaders due to the interim status of his position, the statement came across as a bold one. His stay as leader had been prolonged, due unexpected delays in setting a date for a leadership convention resulting from COVID-19.  Irving is rarely, if ever mentioned in New Brunswick election debates despite the fact that its oil and gas, shipping and transportation companies have an estimated worth of $10 billion. Thomason suddenly found himself in the spotlight.  He broke an unspoken political rule: never criticize the Irvings.

Yet Thomason was constrained by the policies he felt obliged to present. Similar to that of the capitalist Green party, the NDP platform focused on mild reformist proposals for protecting the environment, growing the capitalist economy, and investing in health care, housing, as well as in the arts and culture.

“The platform appeared to be a typical, moderate, extremely gradualist, NDP reform document,” said Barry Weisleder, Federal Secretary of Socialist Action. “It fits well within the framework of capitalism. It is good that the NB NDP leader stated that his was the party of the working class, renters, etc. But I see no demand for substantial public ownership in any area, and no proposal to de-fund, disarm and disband the racist RCMP in New Brunswick.”

The result: possibly the poorest showing for the NDP ever in a province that has only rarely elected an NDP MLA. It won 1.65% of the votes cast.

It may be that working people still do not trust that the NDP is on their side, especially after its leader from 2007 to 2011 switched to the Progressive Conservative party. Once he was an elected PC member of the Legislature, Dominic Cardy accepted an appointment as Minister of Education and Early Childhood Development in November 2018.  He even supported right wing politician Maxime Bernier’s bid for the leadership of the federal PCs in 2017.

At the time of Cardy’s resignation, the NDP’s interim leader Rosaire L’Italien said that Cardy’s move to the PCs confirmed “the opinion of most of his detractors:  He was and is a conservative. In the end, Cardy was just a visitor to the NDP.”

A relatively new movement within the party, the NB NDP Socialist Caucus, is intent on crafting a Workers’ Agenda, moving the party sharply to the left, and increasing its organic links to the labour movement.  It has formulated more than 30 resolutions for debate at the next NB NDP policy convention, including a call to nationalize Irving and other large corporations. It urges decisive action on homelessness, poverty, the minimum wage, climate change, union representation, and other pressing issues. 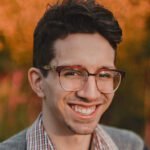