By NDP Socialist Caucus
Posted October 22, 2022
In Uncategorized
One Year On: Is the Liberal-NDP Pact Good for Workers?2022-10-222022-10-22https://ndpsocialists.ca/wp-content/uploads/2015/11/Socialist-Caucus-Logo.pngNDP Socialist Caucushttps://ndpsocialists.ca/wp-content/uploads/2022/10/one-year-on-is-the-liberal-ndp-pact-good-for-workers.jpg200px200px

NDP Leader Jagmeet Singh found a way to avoid a federal election, and to gain a vague promise of health service reforms. This came at the cost of huge increases in military spending. The Liberal-NDP deal in 2021 paved the way for Justin Trudeau to stay in power until 2025, at least. It strives for political ‘stability’ in the relentless march to climate catastrophe, growing social inequality, and the horrors of inter-imperialist war.

The “confidence-and-supply” agreement, has the NDP supporting the minority government Liberals in confidence votes — including four federal budgets — in exchange for non-specific statements of good intention toward NDP-friendly policies, until June 2025.

The prime minister said the deal was about “improving the way we do politics” while still making room for debate and disagreement, rather than “compromising the core beliefs” of either party. Right wing critics of the pact decry even the possibility that Trudeau may bend a little towards NDP priorities and start spending on urgent social needs. Nothing in Trudeau’s past indicates any such proclivity on his part. Left wing critics must wonder whether NDP “core beliefs” include party democracy. I say this in the wake of the BC NDP Executive decision to disqualify the candidacy of Anjali Appadurai for BC NDP Leader.

Back to the federal pact: the following are the gains touted by Jagmeet Singh in a 2021 e-message to NDP members:

Except for an income-based national dental care program to be phased-in over three years, the language of the deal is purely aspirational. The pact itself is non-binding. Although slated to last until 2025, either party can opt out at will.

In addition, the pact promises: “investments” in the COVID-ravaged health-care system; “continuing progress” on a universal pharma care program; “moving forward” on tax reform; the pledge to “explore ways” to expand access to voting; “developing plans” to phase out subsidies for the fossil fuel sector; advancing measures to achieve “significant” emissions reductions by 2030; a “significant” additional investment in Indigenous housing… What the hell does “significant” mean? Well, you get the picture.

Three years of stable government may look good to a public battered by COVID, price-shocked at the gas pump and at the grocery store, and facing the prospect of World War Armageddon brewing in Ukraine. And if the whole thing goes south, some say, we are no worse off than before the deal. But is that true?

Of the two leaders, Justin Trudeau absolutely gained the most. Trudeau gets to implement his agenda without rolling the dice on every confidence vote. That means that difficult decisions, like billions more for everything from pipelines to fighter jets and navy frigates, can be implemented without risk of triggering an election.

It also casts the prime minister as a conciliator, someone who can reach across the aisle and work with MPs in another caucus.

Jagmeet Singh, on the other hand, has taken on the role of Riverboat Gambler. In return for supporting a minority government, as several NDP leaders have done in the past, he hopes to “appear” to punch far above the weight of the 25 seats he won in 2021. (After the 2015 federal election the NDP held 44 seats.)

Take dental care. Trudeau took a pass on that policy in the last election. Now he has signed on to it, giving Singh a chance to take some political credit for it. Things could be even better for Singh if other items on the NDP wish-list are adopted by the government. Just don’t hold your breath.

Which means that this is all a big gamble for Singh. For that reason, former NDP leader Thomas Mulcair told CTV he would not have signed the co-operation agreement with the Liberals. Mulcair is not known for being the most radical leader of the NDP.

This deal is more co-optation, than cooperation. The Liberals are the masters of identity theft, usually at the NDP’s expense. If the NDP sticks with the Liberals until 2025, and does not get the credit for things like a national dental care program, its candidates will be faced at the doorstep with a tough question.

How can the NDP ask to replace the Liberals, after spending three years propping them up?

So, what is the alternative? It’s simple. Vote for legislation that is good for workers. Vote against laws that are bad. Let the opposition capitalist parties prop up, or bring down the government, and bear the consequences. When the vote is close, squeeze the Liberals to get the most for workers.

Underlying all the froth on the surface is a basic fact. Jagmeet Singh entered into an extended deal with the devil. He guaranteed that warmonger, strike breaker and fossil fuel promoter Justin Trudeau stays in power for three more years, in exchange for the promise of a means-tested, slowly phased-in dental care service, plus a few statements of good intentions from a lying scion of the ruling class. Singh may well get nothing for his sellout.

The Liberals enjoy the advantage of NDP endorsement to do whatever they want, like the Emergencies Act that Trudeau invoked in mid-February 2022. Worse, this deal says to the working class that it is OK to unite with a boss party against the workers.

Singh has once again demonstrated his naïve belief that the difference between the NDP and the Liberals is just a few ideas, that NDPers are just Liberals in a hurry — which appears to be true for the privileged middle-class leadership of the NDP.

But the founding of the NDP in 1961 as a party based on labour unions and the Canadian Labour Congress, was a big step forward for the working class. It was the creation of an independent political arm. It is a partial break with big business parties and Bay Street. The NDP should be based on Main Street, on the working class, women, impoverished, racialized, and oppressed folks. Such a mass labour-based party does not exist in the United States.

Whatever they may claim about ruling in the interests of the people of Canada, all the other political parties represent the bosses, the capitalists, the fossil fuel industry, the mine owners, the arms industries, giant telecoms, Big Pharma, retail chain empires, agribusiness, mega manufacturers, loan sharks and the banks. That includes the Green Party, which claims to be “neither left nor right,” and is on the path to political self-destruction.

Singh has voted for increases in war budgets and war profits. He backs wars in which working class families die or become refugees. If Trudeau hits the NATO military spending target of 2 per cent of Gross Domestic Product in the federal budget, that means increasing military spending by $16 billion in a single year, up from current spending of more than $26 billion this year. Singh’s commitment to provide the Liberals with “confidence and supply” implies endorsement for beefing up the Canadian Forces to participate in NATO wars, as Ottawa did in Afghanistan, the Balkans and Libya.

It provides lethal aid to Nazi-led battalions battering the Donbas, and weapons to the Saudi monarchy pulverizing Yemen, sending military vehicles, and backing a new UN occupation of Haiti, and boosting the Israeli Apartheid state. It means upholding moves by Trudeau to complete the TMX pipeline, and to continue under-funding health care and ignoring the needs of Indigenous people.

To meet NATO obligations, Canada commits to spending $77 billion on purchasing and operating 88 new fighter jets. As part of NATO, Canada participated in the illegal bombing of Yugoslavia (1999), the invasion and occupation of Afghanistan (2001-2014), and the Canada-led bombing campaign of Libya (2011). Apart from the United States, Canada sells more weapons to Saudi Arabia than any other country despite the bloody Saudi-led invasion of Yemen.

Singh has, once again, crossed the class line, and betrayed the working people of Canada. He has done this for a non-universal dental plan and for boss promises of sunny ways with no specifics. Singh and the bulk of the NDP leadership simply support capitalism, even though they rest on the organized working class which is exploited under this system. The leadership is a living contradiction. They are right wing social democrats, a gaggle of opportunists and careerists, who seem incapable of change. They must go. At the NDP federal convention slated for Winnipeg in June 2023, they must be held to account and removed.

To win the working class to socialism it is necessary to expose, and dispose of its current misleaders. Our task is to build the socialist left in the NDP and the unions, to fight for socialist policies and for a class struggle leadership. Today, the world is headed towards rack and ruin. Urgently needed is a movement that knows the difference between workers and bosses — one that knows on which side we should stand. 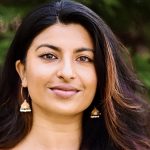 The Desperate Disqualification of Anjali AppaduraiUncategorized