Excerpts of an article that appeared in The Hill Times that was obtained by a subscriber.

“Every party has a large number of people who are not happy with how the central party runs things, how they’re dictated to, the meagre amount of feedback that’s accepted or taken,” said former NDP staffer and Bluesky Strategy Corp consultant, Cameron Holmstrom, who added that the NDP likes to say that it’s different. “Well, that would be a good place to start with, with actually walking the walk, talking the talk.”

And these people have teeth, particularly when it comes to unofficial organizations like the NDP Socialist Caucus.

They have garnered news coverage in the past and are responsible for organizing to push resolutions at NDP policy conventions. With the next convention coming in a virtual format from April 9 t0 11, the concrete impacts groups like this can create are more important now than ever.

According to Hamish Telford, political scientist professor for the University of the Fraser Valley, the management of conflicting priorities has always been an issue for the party.

He pointed towards historical issues like the Waffle movement, wherein a leftist wing of the NDP broke out into its own independent political party in the early 1970s. In his view, this tendency is seen more with the NDP and the Conservatives because right-wing and left-wing activists want to push closer to either side of the spectrum. In comparison, he said, Liberal activists tend to want to pull the party closer to the middle, where it already is.

These groups are important because they’re the most active and the ones parties tend to lean on for fundraising and campaigning support, Mr. Telford said, but they have the potential to push the party farther away from median voters, exacerbating electoral challenges.

This analysis seems to bear out with Courage Coalition general co-ordinator Paula Krasiun-Winsel, who described the NDP’s political stance as “weak.”

“We want to see the NDP adopt more radically socialist and progressive policies that help from the bottom up and not just the people at the top,” she said.

Heading into the convention, Ms. Krasiun-Winsel noted that their convention planning committee has been working for months in partnership with social justice organizations. After hearing from electoral district associations, they’ve developed a list of priority resolutions, including defunding of the RCMP and the creation of publicly owned telecommunications.

The coalition will also run “interventions” like they have at past conventions. Specifically, these have involved placing people strategically throughout the venue, running panels, and drumming up support. Virtually, she’s not sure what this might look like, as it depends on the digital tools on offer.

For Barry Weisleder, chairperson of the NDP Socialist Caucus, the focus is on moving the party to the left. To that end, they’ve proposed 35 resolutions, adopted by dozens of NDP riding associations across the country. Some issues he raised with the NDP’s current political stance included a lack of normalization of relationships with China, specifically that they’re capitulating to Washington’s trade war with the detainment of Huawei CFO Meng Wanzhou, and what he called silence around the RCMP’s poor record with Indigenous people and people of colour. The organization will further be running candidates for NDP federal executive positions and committees.

“We have the resolutions, we have people who are willing to do the job, so let us be partners in building a socialist movement in this country,” he said.

Heading into the convention, his group will be demanding transparency around resolutions, accountability, and democratic representation of well-supported resolutions. He also said that the division of time at the convention should be changed, with currently 70 per cent dedicated to guest speakers and workshops and 30 per cent for policies, where the ratio should be reversed.

More generally, groups like Mr. Weisleder’s focus on recruiting people, both to the NDP and towards their organization.

To Alex Grant, editor with Fightback, a Marxist organization that aligns itself behind the NDP banner, participation mostly comes in at the grassroots level, working up from riding associations into resolution debates and eventually National Congress.

“We’ll try to argue for socialist ideas. So we’ll see exactly how democratic the convention is … There’s very little grassroots voice which would be a scandal and a missed opportunity for the party.”

In the end, NDP MP Alistair MacGregor (Cowichan–Malahat–Langford, B.C.) said that ultimately the influence these groups will have is dependent on how the members at the convention decide to vote. Only then will any resolutions be formally adopted, he added….

Mr. Weisleder said thatcurrently, communications between his group and the party at large are stiff and formal. He noted that they were not consulted and that generally, the NDP tries to “avoid even hearing what we have to say.”

“And so we’re constantly banging on the door, asking to be heard so much to convince the party brass because I think they’re beyond being convinced. They care about career, not about changing the system, we want to be heard by the rank and file, the 120,000 NDP members, the two to three million voters,” he said.

In his opinion, he said the NDP doesn’t balance the views of its orbiting caucuses at all, instead presenting a monolithic perspective based in electoral opportunism and silencing of critics.

He also said that the party makes it very clear to its MPs that if they join the socialist caucus they won’t be supported in their re-election….

Also noticing the lack of the left wing, Mr. Grant said that there’s been a “closet purge” of left-wing and pro-Palestinian candidates in the NDP. He added that nominations should be democratic. He also said that the party constantly waters down its position for fear of upsetting the establishment, when it should be pushing to be the anti-establishment party of the left, like the conservative movement.

NDP national director Anne McGrath said when the party picks up on ideas from the electoral district associations, they’re generally good and interesting. She said the opinions from these satellite groups mostly come to the party through this path, with responses going through those channels as well.

This approach has been working, said Mr. MacGregor, who noted his party has been successful in pushing for improved pandemic response over the last 11 months. He said that the vote of confidence in the leader—required under NDP rules at the upcoming convention—would be a good judge of the party’s performance, predicting that the numbers would be very high come convention time.

While the NDP doesn’t respond to the Courage Coalition in any official capacity, Ms. Krasiun-Winsel said that some coalition members are also members of the party at large. They’ve done committee work in the past, but she said that the NDP generally treats the group as a mosquito that has to be shooed away.

“It requires, I think, strong leadership,” Mr. Telford said. “Set the course of the party, while being mindful and democratic about the wishes of the membership.”

He said that another solution to dealing with these groups lies in appeasement, as in satisfying some of their whims while holding back on others. This solution makes the most sense to keep individuals passionate about politics on their side, he said. Ultimately, he noted, the NDP has no responsibility to these groups, with its main duty lying with the party’s members.

Ms. Krasiun-Winsel said her group would be open to being seated at the table when making decisions regarding members and party policy, while remaining independent from the NDP.

Mr. Grant further stressed the importance of fringe groups like his.

“Ideas that are on the fringes of society can become very dominant. The idea of LGBTQ equality was crazy, radical, even 50 years ago. And now there is still much more to be done, so people have to be pushing the radical fringe.”

Courage Report: The NDP is Failing to Abide By the Results of its 2018 ConventionUncategorized 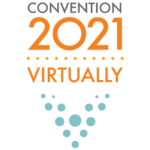