The meeting was called to order at 12:05 p.m. Eastern time, on December 10, 2022. Presentation of the Indigenous Land Acknowledgment.

Barry Weisleder volunteered to chair. Agreed. Trevor Cook was nominated and agreed to be secretary. Wali Abro agreed to be time keeper, with Chris Zapisocky assisting.

Lengthy discussion. Priority issues: Climate, Democracy in the NDP, NATO and war, and Cost of Living/Inflation. Other issues to be addressed: Housing Prices, Palestine freedom, Indoor Air Quality, Remove the Powers of the NDP Top Brass, Why Banks do not loan money to government, and One Member One Vote.

Gary Porter moved that the SC establish a committee to work on resolutions, old and new, and to report to an SC conference in February. Motion seconded and carried unanimously. Several comrades volunteered to draft or update existing SC resolutions on the above topics.

Members of the Resolutions Committee:

Kristine W. volunteered to draft a letter and a petition to demand that the NDP federal convention be hybrid (both in-person and online). SC members of NDP Federal Council and the SC chairperson to sign the letter, which will be made public if there is no satisfactory and timely response from the Federal NDP Executive.

President: Not filled yet.

Saskatchewan: Not filled yet.

Manitoba: Not filled yet.

New Democratic Youth: Not filled yet.

Aboriginal Committee: Not filled yet.

Persons Living with disAbilities: Not filled yet.

Northern Caucus (Yukon, NW Territories and Nunavut): Not filled yet.

2 from Labour affiliates elected by Labour caucus at convention: Not filled yet.

Become a delegate through EDA, union or assigned surplus credentials.

Kristine Wickner moved to establish an Organizing Committee with a mandate to recruit to the Socialist Caucus, to intervene at the NDP federal convention with SC candidates and policies, and to make a united front approach to outside groups. The motion was seconded, and carried unanimously.

Members of the Organizing Committee:

With thanks to all, the conference adjourned at 3:45 p.m. Eastern time.

Next NDP Socialist Caucus Federal Conference: February, 2023. Date and time to be determined. 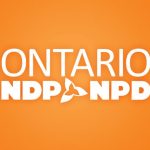