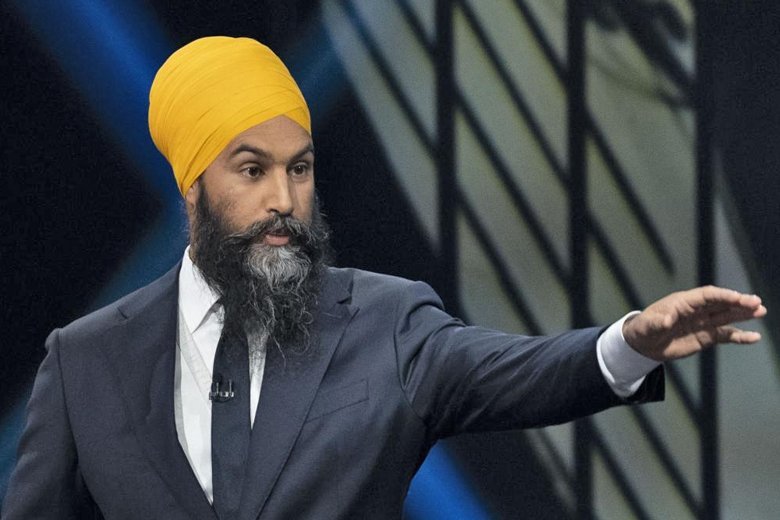 NDP Leader Jagmeet Singh is shown at the federal party’s last convention, in Ottawa in February 2018. The party’s next convention will be a virtual gathering on April 9-11 due to the COVID-19 pandemic.

The NDP says it has paid off its multimillion-dollar campaign debt — and the federal party did it during Canada’s worst economic recession in decades.

NDP national director Anne McGrath said the party cleared its $7.7 million debt that was left over from past election campaigns, even though fundraising through the COVID-19 pandemic has been tough.

“There were moments when I didn’t think we would achieve it,” McGrath said. “I was a little worried we were not going to be able to meet that goal.”

The NDP’s money issues have been fodder for critics, who argue its MPs prop up the minority Liberal government because the party can’t afford to fight a national campaign. The party still holds a collateral mortgage on its Ottawa headquarters, which was publicized ahead of the last federal election. Collateral mortgages — a standard financial tool banks use to secure loans — typically remain on the books even when debts are settled.

Reducing staff, penny-pinching and investing in fundraising, McGrath said, helped the New Democratic Party retire its outstanding arrears. She said the party raised $2.5 million in the last three months of 2020, although Elections Canada has yet to post these latest figures.

Anne McGrath, national director of the New Democratic Party of Canada, says the party retired its $7.7 million campaign debt by reducing staff, penny-pinching and investing in fundraising. She says the NDP raised $2.5 million in the last three months of 2020.

Now that the bank has been paid, the party can focus on being ready for a possible pandemic election, which NDP Leader Jagmeet Singh and McGrath insist they don’t want but expect the Liberals will trigger sometime this year.

“If an election was to happen, we are in a strong position,” McGrath said. “We are not beholden to anyone. We have a very popular leader.”

She added: “We have a caucus that is working together really well and that has done some really great things. We have money. We have people, and we are ready in the case of an election.”

Paying down debt has also meant the NDP has had to defer its biennial convention to this year. The party is holding a virtual gathering on April 9-11, which coincides with its 60th anniversary. The Liberals are holding their virtual convention on the same weekend, while the Conservatives are having theirs in March.

Virtual conventions may have the bonus of being cheaper for parties and their delegates — no need to book expensive facilities, airfare and hotels. They could also serve as a dress rehearsal for an all-out virtual general election campaign if vaccines and other public health measures don’t stall the coronavirus anytime soon.

But it remains to be seen whether these virtual political gatherings achieve what strategists hope they do: energizing the party base and grabbing the attention of voters watching on TV. ‘Zoom fatigue’ may dampen that effect.

• We’re not broke and we will bring down the Liberals if principles are at stake: NDP
• NDP says it wants to pay down $7M campaign debt by the end of the year

“It won’t be the big political show of force that it would be if it were happening in a non-COVID world,” said Karl Bélanger, a former NDP interim national director and principal secretary to a former party leader. “The fact that it is happening virtually all online, I’m not sure you will get a good impression of the forces within the party and the strength of the party.”

But party brass says political junkies will look for any excuse to mix and mingle with like-minded people.

“I think everyone just wants to be together and feel close to each other,” said Mathieu Vick, the NDP’s federal council president.

Back to socialist roots?

But some groups fear the upcoming convention will ignore bold socialist policies, such as caps on billionaire wealth, abolishing the police, sanctions against the state of Israel, ending support for all pipelines and the aggressive nationalization of telecommunications and pharmaceutical giants.

For months, groups such as the NDP Socialist Caucus, not recognized officially by the party, have been organizing around these policies.

“I am hoping that the NDP can be pushed significantly to the left,” Barry Weisleder, the group’s chair, said. “We don’t need two Liberal and Green parties in Canada.”

NDP delegates show hands as they vote on resolutions in Ottawa in February 2018. Some groups fear the upcoming convention in April will ignore bold socialist policies, such as caps on billionaire wealth and ending support for all pipelines.

Another group, which pushes political parties and societal organizations further to the left, has called on the NDP to democratize the resolution process. The Courage coalition says party leadership makes backroom decisions about what gets onto the convention floor first and what’s left to die. At the last convention in 2018, delegates voted to let members decide which resolutions are prioritized, but Courage’s Mitch Bowman said it hasn’t seen any followup.

So far, the party has done nothing, Bowman told CBC News. “We passed a resolution in 2018 to change that to be a ranked ballot online system that was accessible to all members.”

The party says it will abide by the binding resolution. Vick, the federal council president, told CBC News that delegates would soon be able to rank resolutions online. But some are still skeptical about the yet-to-be-implemented process, since the party hasn’t communicated it widely.

“I think a strong message can be signalled to Canadians across the country that if you want to be a New Democrat, your particular voice, your individual voice will be counted,” Green said.

David Thurton is a national reporter in CBC’s Parliamentary Bureau. He’s worked for CBC in Fort McMurray, the Maritimes and in Canada’s Arctic.

Socialist Caucus Resolutions for the Federal NDP Convention in 2021Uncategorized

Courage Report: The NDP is Failing to Abide By the Results of its 2018 ConventionUncategorized