By John Nuttall
Edited by Chris Wanamaker and Greg Cook

Tommy Douglas once said, “Canada is like an old cow. The West feeds it. Ontario and Quebec milk it. And you can well imagine what it’s doing in the Maritimes.” In New Brunswick today it begs the question, “How do we pull ourselves out of the cow shit?”

The current budding seeds of the left know cow shit is excellent organic fertilizer. They know their Party structure is a near ghost in an environment where workers, renters and the disenfranchised can boast of only two things: bilingualism and the natural beauty of the province. They know why we have been the most impoverished, unhealthy, and illiterate of provinces.

Their hope lies almost exclusively in the suffocating New Brunswick New Democratic Party. Current work on regenerating the party by dedicated party loyalists is inspiring and selfless. Steps must now be taken to raise a structure on the foundation they have built.

The Left’s hope requires socialist messaging. Yet, we hold a press conference. It is unattended. We send our press release directly to a journalist. It is not shared. We can say that we will nationalize the entirety of Irving industries, and charge them with murder for deaths caused by their oil industry! The almost entirely private-owned media does not report that.

The four estates of democracy are: Legislature, Executive, Judiciary and Media – this latter is intended to be a watchdog over the other three. However, private, and public media tend to be available only to the highest bidder. The very core of our messaging is indebted to the generosity of Irving-owned newspapers. The CBC, of course, caters as well to its funding source(s) – primarily the traditional ruling parties in Parliament.

We must free ourselves from their power if we are to spread our egalitarian message — our belief in the principle that all people are equal and deserve equal rights and opportunities. Our process begins with remembering the magnificent struggle from which the socialist movement stems.

The Left in New Brunswick must remember the greatest lessons of past movements. Everything is political. Everything. From the food, we eat the water we drink to the air we breathe. It is all political. This must be understood and harnessed.

Politics does not happen only at election time. Politics is a constant, an ever-present force that needs to be mobilized. Harnessing it is power. Power must be grasped. There is no gain in asking power to be handed to us. We must take it!

What can we do to spread our message and take power? Great heart can be found in the words of Emily Goldman, author of Anarchism and Other Essays, “If there is no room for dance, then I want no part in your revolution.”

We must make room for dance. Goldman is saying do not be boxed into narrow talk of trying to elect candidates once every four years. The Left must be active every day. We must re-politicize dance, music, art, and most importantly, our communities.

Our communities have been disintegrating. We do not know our neighbours or experience the deep inter-connectedness within our communities we once did. However, unlike in the past, all will be welcomed in the new community we forge, in an inter-sectional and egalitarian way.

Social connection needs an institution to fill it. Let it be one best created by the Left in collective action, like the Socialist Caucus organizing at ground level. Actions must identify issues within communities and solve them outside of governments. As Margaret Mead said, “Never doubt that a small group of thoughtful, committed citizens can change the world. Indeed, it is the only thing that ever has.”

We need more community events throughout every four years in traditional non-political spaces. For example, if a community needs housing, we can raise money for this cause and let the people know we did it. Even without government power, we can house the homeless. We know the poor need food. We can organize a food drive, and let the community know that even without power we can feed the needy. We know that blood is needed for the sick. We can set up an NDP Socialist Caucus blood drive, and even without power, we can provide blood. We know that unions need supporters on the picket line. We can rent a bus, get the people there, provide signs, food and supplies. It lets workers know that even without electoral power, the NDP is present. Where a community feels isolated we can hold a Socialist Caucus community dance, open to all who want to enjoy their local community.

A revolution without dance is not worth the fight. People need community and times are tough. The dance comes when we are donating blood, caring for the elderly, running free literacy programs – even a bilingual fluency program? Demonstrating that we have community heart earns trust as we step up to action.

Direct action, under a unified NB NDP Socialist Caucus banner, will provide benefits for all. Starting small and moving forward, especially if those events are fun, earns participation. Doing the dance always beats talking the dance.

More ‘people power’ will attract more income. Using our fundraising abilities outside of campaigns – for charitable enterprises – we are dancing. Five dollars for a soup kitchen goes as far as five dollars for electoral policy work.

In volunteer community work we find our skilled organizers that build election campaign teams. Those not committed to organizational work can keep the candidates’ feet to the fire on the issues.

Having filled our common need to dance we can say, “We have good seed and the soil is fertile. Now planting can begin.” 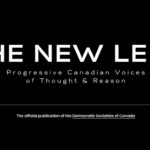 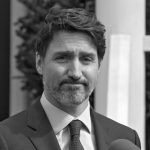 During A Pandemic That Affects Everything, We Need an Electoral System that gives Everyone RepresentationUncategorized