The British Columbia New Democratic Party (BC NDP) Convention, held online December 11-12, met against a backdrop of capitalist catastrophes that are more frequent, more severe and cause greater waves of devastation in their wake. The convention of the labour-based party, originally scheduled for November 17-19, was postponed due to the torrential, record-breaking deluge that swept southern BC.

The downpours tore up roads, railway tracks, took out bridges, caused the collapse of buildings and mountainsides, overflowed dykes, flooded the best agricultural land in Canada, destroyed homes, killed tens of thousands of farm animals, and killed countless wild animals. The agricultural destruction is causing continued food shortages in BC.

A heat wave in June set a global record in which parts of BC were hotter than Death Valley.

British Columbia’s unprecedented heat dome this summer killed 362 people in the span of 48 hours, according to new data from the BC Coroner’s Service. In all, there were at least 595 heat-related deaths from June 18 to Aug. 12 according to its report.

The heat wave and severe drought resulted in a major increase in wild fires — 1,556 wildfires, compared to a 10-year average of 1,350. But the fires were much, much worse because the beautiful forests of BC were under severe drought stress, with trees as dry as sticks.

Of course, housing in BC is unaffordable and houselessness is increasing, overdoses and poison drug deaths are higher in number than Covid deaths, and, of course there is the physical, mental and economic devastation of two years of Covid 19, now ramping up again with the Omicron variant. The NDP government’s record of mitigating or avoiding such disasters should have been on the convention agenda.

715 delegates attended. They came from layers of the bureaucracy, from Electoral District Associations (EDAs), and from affiliated unions.

All 55 MLAs and all federal MPs from BC are automatic delegates. Most parliamentary assistants and ministerial political appointees were encouraged to be delegates. Highly paid labour bureaucrats had much greater access to convention credentials than grass roots worker members. At a minimum, one third of the delegates were wholly or partly dependent on BC Premier Horgan or on a union for their career and income.

The rest of the delegation consisted of election apparatchiks and careerists, on the one hand, and finally, New Democrats who desire to improve the lives of the exploited and oppressed.
Only when the masses begin to move decisively to take the stage of history will party and union bureaucrats be dislodged and either the convention become fully open to rank and file workers and their oppressed allies, or workers will move on to form a party that better serves their needs.

So, the odds were stacked against the left. We knew that. Our task was to challenge the neo-liberal, racist, fossil fuel agenda of the Horgan government and put forward socialist solutions. It was to uphold a united left beacon and build the left.

So, what happened? Courage, a left social democratic grouping originating in the NDP, and the Socialist Caucus, which encompasses left social democrats and revolutionary socialists, formed a common front called Left Unity. After the first meeting there was no doubt; we had a sound basis for political collaboration and we worked together well, drawing in other groups and individuals. We stood for ending all subsidies to fossil fuels immediately and stopping all pipelines, for a well funded transition to a green future for workers and the oppressed; Land Back, full right to self-determination and full restitution for Indigenous nations; full rank and file democracy in the NDP; and solidarity with the struggles of the exploited and oppressed around the world. Left Unity conducted a campaign to get its resolutions adopted at the local level, to obtain delegates and gain new adherents.

The resolutions were prioritized for discussion by a small committee hand-picked by the top brass in a totally opaque process. Naturally, most “high priority” resolutions simply endorsed existing government policy. Left wing resolutions that advanced real solutions were put near the bottom of the list. When we sought to change the priority list, we were allowed two minutes to argue for moving our resolutions up the list. No questions, no discussion. In all but two cases, the answer was No, with no explanation.

The Executive elections were not postponed to the December date. They were held before there was any chance to be heard by the delegates. Candidates had been promised to have a 2-page Pdf of their program sent to all delegates, plus a 2-minute speech to all delegates. Using the postponement as an excuse, the programs and recorded speeches were simply posted to a remote part of the online convention site. Social democracy proved to be an elite autocracy.

One candidate, Ashley Zarbatany, was the unanimous choice of the outgoing Standing Committee on Ecology and Economy to be the incoming chair of that committee and thereby sit on the BC party Executive. She is a climate champion. Her opponent was the hand-picked parliamentary assistant to Deputy Premier Mike Farnsworth. He is the one who signed the recent order to reallocate more heavily armed RCMP to Wet’suwet’en territory, together with helicopters, military equipment, and snipers with permission to shoot to kill unarmed land defenders.

The parliamentary assistant had never attended a SCOEE meeting. Zarbatany won handily with 320 votes, versus 220. This indicated the existence of a right wing core willing to vote against a hard working, highly qualified, left wing, indigenous leader. This was the bureaucracy, the careerists.

Resolution B1, like many resolutions that made the convention floor, simply endorsed the government’s climate plan, “Clean BC, Roadmap to 2030”. This government plan announced in October, won a prize at COP 26 — the big banks and oil cartel sham in Glasgow. The government claims it is the best plan in North America. It may be. But it is a plan that could have been written by the oil and gas companies and offers no hope in hell of meeting the 1.5 Celsius degrees limit on global temperature increase, not even a 2.5 C goal. Meanwhile, the NDP government-initiated $40 billion methane LNG project continues. If it becomes operational, it will increase green house gases in BC by 25 per cent. But worse, it will be entirely methane, 100 times more lethal than carbon dioxide.

An impressive 38 per cent of delegates supported a motion to “refer the resolution back”, an arcane amendment process, to add a call for “an immediate end to all fossil fuel subsidies” — a clear sign of the growing unhappiness and embarrassment of the rank and file with the government’s clear position favoring oil profits at the expense of the climate. Left wing motions to amend resolutions, and to challenge arbitrary and sometimes completely contradictory actions of the chair won support ranging from 17 to 40 per cent of the delegates.

Often, the chair ended debate just as a Left Unity spokesperson was about to speak. Twice, Left Unity speakers were simply cut off as they raised criticisms of Dear Leader John Horgan.
The socialist left, as an organized force, was non-existent at the BC convention in 2019. This time, the left was very visible, articulate and courageous, up against the party bureaucracy. At a Left Unity Debrief session held after the convention, participants unanimously committed to build the left and continue the fight.

Ashley Zarbatany spoke to the convention, as the new Chair of SCOEE, on a resolution urging the government to implement the United Nations Declaration of the Rights of Indigenous Peoples. UNDRIP was adopted unanimously by the BC Legislature in 2019. All 5,000 BC laws are to be reviewed and amended to conform with UNDRIP. After 2 years, only one clause of one Act has been changed.

“I rise to support this resolution even though it does not go far enough in critical ways.

I support it because reconciliation does not come through a barrel of a gun. Whether at Gustafsen Lake, Kanasatake, Elisipogtok, or the Wet’suwet’en territories for the past three years, we have seen that Canada’s police reserve their most violent and militarized units to use against Indigenous land defenders.
Call it what it is: racism.

But this resolution doesn’t address the heart of this issue which is that our government is not only culpable for its role in deploying RCMP resources for this raid, but has repeatedly violated the rights of the Wet’suwet’en hereditary leadership to say NO to pipelines on their unceded territories, which both international and Canadian law has established they have title and jurisdiction over.

They have violated UNDRIP which they hypocritically ratified into law with a timestamp to ensure it didn’t apply to the Coastal Gaslink pipeline project.

Indigenous peoples’ rights are inherent, inalienable and do not come with a timestamp.

Our government knows this but instead has obfuscated its role in this conflict, engaged in classic divide and conquer colonial tactics, spread misinformation, and exploited peoples vulnerable situations which they caused in the first place through chronic underfunding and genocidal policies.

They’ve done so, so they can push through Christy Clark’s LNG pipedream, which will further the climate emergency, providing billions in subsidies for these foreign owned fossil fuel corporations, making the projects feasible only on the backs of tax paying British Columbians.

Members have tried to bring forward LNG for debate for over two years but we’ve been blocked every time, and now we’re losing some of our best activists over this issue, and alienating an entire generation of young people who are relying on us to address the climate emergency.

The LNG debate is what should be on the floor today, is way overdue, and is at the heart of this issue. Thank you.” 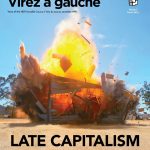