By NDP Socialist Caucus
Posted May 7, 2020
In Uncategorized
During A Pandemic That Affects Everything, We Need an Electoral System that gives Everyone Representation2020-05-072022-03-21https://ndpsocialists.ca/wp-content/uploads/2015/11/Socialist-Caucus-Logo.pngNDP Socialist Caucushttps://ndpsocialists.ca/wp-content/uploads/2020/05/during-a-pandemic-that-affects-everything-we-need-an-electoral-system-that-gives-everyone-representation.jpg200px200px

Canada is in the midst of a global pandemic. At the time of writing, nearly 50,000 Canadians have been infected and over 2,500 have died from COVID-19. To mitigate disaster, borders have been closed, travel between provinces is restricted, and social gatherings are de facto banned. To control the impact of these measures on the economy, Justin Trudeau and the Liberal government have wielded power to deregulate major banks, purchase corporate debt, and subsidize wages. Although citizens are told these decisions are made in their best interests, recall that the Liberals received votes from less than a quarter of the electorate — less than 40% of voters in an election with a turnout of less than 66%. A small representation in terms of a crisis of this magnitude.

Canada’s ‘democracy’ is currently based on a First-Past-the-Post voting system where the proportion of political power held by each party is determined by the electoral outcomes in regional ridings. Proponents of this system argue for its familiarity and regional representation. But being used to a system doesn’t mean it’s worth keeping, especially if it leaves millions of Canadians unrepresented in Parliament. And while a direct link between a riding and its MP is offered, that link may not be favorable to voters who wish to be represented by a different party. By skewing the proportions of political power to districts instead of votes, FPTP increases the likelihood of electing governments that represent a small plurality of the country but are free to act against the interests of the majority.

The decisions made by Liberals in response to COVID-19 have so far disproportionately benefited the wealthiest of Canadians at the expense of the most vulnerable. Prior to this crisis, workers in our hospitals, clinics, nursing homes, and healthcare centers reported overcrowding, staffing shortages, and called on the government to adopt universal pharma care. Addressing any of these issues would have given Canadians a stronger healthcare system with which it could face COVID-19. Instead, the Liberals prioritized giving generous subsidies to corporations and tax breaks to the wealthy. During the pandemic, mortgage relief has been provided to property owners, but nothing for those who rent. Major banks have had lending regulations loosened. Under the Canada Emergency Wage Subsidy (CEWS), public money is being used to subsidize up to 75% of the wages for workers employed by private corporations. From this labour, companies are free to keep their profits and skip on EI and CPP contributions.

Any penalties applied to those who abuse the program will be regulated by a Canada Revenue Agency that doesn’t collect dodged tax payments from corporations and wealthy individuals. For those who have been laid off, there’s the Canadian Emergency Response Benefit (CERB), which gives a wage of about $12/hour to those who qualify and leaves over 800,000 Canadians uncovered, according to the Canadian Center for Policy Alternatives. These actions risk burdening an already heavily indebted middle class, while the most vulnerable fall through the cracks. Meanwhile, there is plenty of leeway for a small, financially comfortable class of Canadians. If a fundamental tenet of democracy is that such behaviours can be kept in check by citizens at every election, how is a Canadian government getting away with such favoritism?

After promising that the 2015 election would be the last conducted under FPTP, the Liberals released a survey on changes citizens would like to see in their voting system. Despite the report indicating 65% of Canadians want more ideological diversity in Parliament, Liberals deemed changing the electoral system as “too divisive” and abandoned the project. However, the desire for change could have been met through a proportionally representative (PR) electoral system. PR offers equal government to both ideological majorities and minorities and can be implemented in a number of ways, the most common of which is the Party List system. Under that system, seats are first allocated to each party, and then to party members by either the parties or by voters depending on the variant system used. Generally, Party List PR has voters acting as a single bloc and erases regional demarcations that could be especially important given Canada’s size and diversity.

To facilitate regional representation, countries such as Germany and New Zealand have implemented PR though a Mixed Member Proportional (MMP) system. In MMP elections, voters are granted a dual-vote: one for their local representative, and one for their national party. Under MMP, every Canadian would have their regional riding as well as their political ideology represented no matter where they live, or what political views they hold. PR eliminates the FPTP phenomena of “wasted votes”, and equally represents the vote of every citizen. However, an equally represented vote does not necessarily translate to an equally represented citizen. For Canadians to wield true political power, they require more than a fair voting system.

Canadians need a party worth voting for; one that will stand against the rolling back of welfare provisions and labour liberties around the world. As productivity stagnated, the capitalist system turned to politics to generate profits. Rather than invest in labour, corporations instead choose to manipulate government to violate the rights of Indigenous Peoples, dismiss environmental regulations, and purchase failed industrial projects or properties that have been contaminated or exhausted of natural resources, to generate profits and cover for losses. No government, no matter how ‘representative’, will be able to produce meaningful change unless it is willing to confront capitalism. With an electoral system that holds its representatives accountable to the will of its citizens, that government may be achieved peacefully.

Changes to the electoral system have often come from parties in power attempting to shield themselves from emerging political threats. Socialists and progressives can be that threat and demand desperately needed change to Canada’s stagnant political ecosystem. As Canada’s left- and labour-based political party, the NDP should capitalize on how COVID-19 has exposed glaring political, social and economic injustice. The NDP should show that there are real alternatives worth voting for. Parties of the left ought to be unafraid of calling for rent freeze, cancelling student debt, annulling subsidies for fossil fuel industries, nationalizing the energy grid for a rapid transition to green power, and taking a stand for the impoverished and the working class. A period of huge economic and political change is here. Let’s lead that change together. 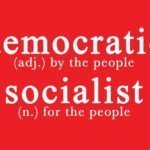 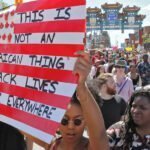