It may have been the most undemocratic convention in the 60-year history of the New Democratic Party. Technical glitches (of which there were many) were not the main problem. Political decisions by the party establishment really made it a farce. But repeatedly, waves of rebellion crashed ashore as close to 2,000 delegates struggled to counteract ridiculous time constraints on policy debate and blatant manipulation by presiding officers.

The NDP gathering, delayed 14 months by an unconstitutional decision of party leaders more than 90 days before the pandemic, began rather inauspiciously. The convention chair ruled Out of Order a bid by a Socialist Caucus delegate to amend the agenda. Elizabeth Byce sought to allocate more than a mere 40 minutes to debate resolutions in each of seven policy categories. That could have been done easily by limiting guest speakers (there were 18) to 5 minutes apiece, and by canceling panels of ‘expert’ talking heads and cheerleaders. Nearly 30 per cent of the delegates rejected the chair’s negative ruling on Byce’s challenge at the outset. Subsequent attempts garnered up to 47 per cent for procedural challenges to the obdurate presidium.

During the three-day affair, comprised of over 24 online hours of plenary and caucus sessions, scarcely 280 minutes was devoted to policy discussion. Actually, it was half that amount due to time consumed by points of order and points of privilege. Internet voting on motions ate up as much of the agenda as deliberations. Scores of delegates sequestered in a “waiting room”, a virtual twilight zone, were cut off from the convention proceedings, never getting to speak. Prominent party officials, MPs and certain labour leaders spoke repeatedly — apparently at will — while rank and file members languished in obscure line-ups. Folks with physical and mental challenges repeatedly denounced the lack of accessibility, exacerbated by the absence of translation and sign language service in most of the caucuses held to conduct elections for equity-seeking reps. In the Atlantic Caucus, an unfamiliar chair, assigned just minutes in advance, ignored the regional caucus rules, would not allow nominations from the floor, which left positions vacant.

Despite these many obstacles, the convention adopted left wing policies, and sternly rebuked a power grab attempt.

Victory #1: $20/hour Minimum Wage is now NDP policy. The amendment, moved by this writer, won a 79 per cent approval.

Victory #2: The NDP now demands No arms trade with Israel; No trade or economic cooperation with illegal settlements. The Palestine Solidarity resolution was nearly buried. With only six minutes remaining in the foreign affairs panel, the convention voted 85 per cent Yes. Jagmeet Singh, speaking later to media, tried to spin it as a vote for a two-state solution rather than as a policy for boycott of the Zionist state and apartheid producers in the Occupied Territories.

Delegates amended a limp resolution on e-communications. The NDP now calls for the creation of a new public telecom company.

Amazingly, despite an imminent federal election, 13 per cent voted for a Leadership Review. This offers a glimpse of the depths of dissatisfaction with the NDP Leader.

A constitution amendment to grant Federal Council the power to postpone a convention on various grounds was rejected decisively. 60 per cent voted No to the establishment’s ploy. Simmering in the background was the scandal surrounding the decision of the Federal Council to stop sharing vote rebate money from Elections Canada with NDP local district associations.

A constitution amendment to increase labour representation at NDP convention carried. The SC supported this measure to strengthen the working class character of the party, notwithstanding the conservative role of many union bureaucrats. Without convincing the big battalions of labour to fight for it, there can be no socialism.

Just before adjournment, party officials admitted their failings by pledging to refund the fees of any delegate who suffered exclusion due to poor access to the proceedings.

Socialist candidates ran in every province and did well. Gary Porter, the Socialist Caucus contender for federal Treasurer, received 26 per cent of the votes cast. Independent socialist Jessa McLean, running for party President, got 34 per cent. Porter’s vote had greater weight because it counterposed to the pro-capitalist party establishment a sharp class struggle, socialist, public ownership, workers’ control alternative to the accelerating global capitalist crises.

The Socialist Caucus now has five members on the federal executive or council. 1 in B.C. 1 in Manitoba. 1 in Ontario. 2 in Atlantic Region (with possibly two more to come there, once a proper vote is conducted). Sadly, SC comrade Dirka Prout, outstanding incumbent co-chair of the NDP Women’s Commission, was targeted by the party establishment for defeat.

A number of Courage supporters gained election as well. Despite their ambiguity on labour representation, leadership review and public ownership issues, it was a very positive sign.

The two left wing currents cooperated. They supported some of each other’s resolutions and candidates. Hundreds of leftists came together in a hasty alliance. Even better coordination in the future is possible. A joint conference of the left, to occur well in advance of major NDP gatherings, would offer a positive path forward. Looking to the November 2021 Ontario NDP convention, this is both desirable and feasible.

A similar perspective would benefit the working class and the left heading towards the Canadian Labour Congress Convention in mid-June. Currently, the Workers’ Action Movement is running candidates for the top CLC positions. Information about the insurgent team can be found at: www.labourforward.ca

It is clear that the NDP’s democratic deficit persists, and must be overcome. The exclusionary attitude of the party elite was pungently expressed by Robin Sears, a 20-year former NDP strategist, in his Toronto Star column on April 11, “Every party receives an array of resolutions that are bizarre, silly or even dangerous. They reflect the views of a few hyperventilating partisans. Good convention management ensures they never see the light of day, because when there is little in the event itself to write about, they move to the front page.”

Sears simply does not trust the membership to debate controversial topics, much less to decide policy. If radical resolutions cannot be blocked in the prioritization process, just starve them of time for debate.

There is little doubt that is the view of Jagmeet Singh and company. It is a view that can and must be defeated by a united left. The appetite for change evident at Convention 2021 shows that this is now on the agenda. 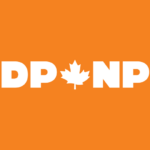 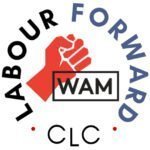 WAM Sounds the Alarm – CLC Fiddles While the Planet BurnsUncategorized