The growing instability of capitalist rule is evident in the Canadian state and economy, where a minority government tries to grapple with the devastating effects of the pandemic. Rapidly shedding the COVID lock-down measures imposed in March, the business elite and their agents in political office risk a steep rise in hitherto relatively low rates of infection and fatality. The Justin Trudeau Liberals turned on the money taps to cope with the pandemic — much of the spending going to resource corporations, banks, giant retailers, high tech firms and the military. Popular discontent stalks the landscape.

Facing instant impoverishment, the 4.7 million workers who were on Canada Emergency Relief Benefit on August 2 got a brief reprieve when Ottawa extended the CERB through much of September. But 82 per cent of recipients will later get less or nothing under existing Employment Insurance rules.

Trudeau’s pledge to make Employment Insurance more accessible depends on a late September vote of confidence in Parliament to preserve the minority Liberal government.
Trudeau outraged many when he prorogued (suspended) Parliament on August 18, thus shutting down standing committee investigations of the WE charity scandal in which he and his family are directly implicated.

Trudeau parted with his Finance Minister, Bill Morneau, a prominent scion of the billionaire class who was tainted by WE, and replaced him in Finance with his ‘star’ Deputy Prime Minister Chrystia Freeland. She is infamous for heading up the Lima Group of states seeking to overthrow the democratically elected government of Venezuela.

It is no accident that Trudeau’s prorogation of Parliament deprived the new leader of the Conservative Party, Erin O’Toole, of a gilded platform, albeit for a month. O’Toole, MP for Durham, just east of Toronto, won the preferential ballot election in the wee hours of August 24. The count was plagued by technical glitches. He was able to defeat co-founder of the modern Conservative Party, Peter McKay, a so-called Red Tory MP from Nova Scotia, thanks to the second and third preference votes of anti-gay, anti-choice bigots who had backed newcomer Leslyn Lewis and MP Derek Sloan. How far the Tories, under “True Blue” O’Toole, will tack to the right, to retain the good will of ‘social conservatives’, remains to be seen in a party freshly divided.

O’Toole’s campaign pledges to let the provinces set limits to greenhouse gas emissions, to make picketing at a railway, a sea port or to inhibit business activity at any entrance a criminal offense, and to privatize CBC television, show clearly enough where he is going.

Meanwhile, the Canada/U.S. border remains closed to ‘non-essential’ transport. Migration is at a virtual halt. U.S. President Trump imposed steep tariffs on Canada-sourced aluminum, and Freeland responded with countervailing tolls, the combination of which hurts workers and consumers on both sides of the border.

The wealth gap is widening. The environmental crisis deepens along with dependence on fossil fuels. Reconciliation with Indigenous people is on the back-burner again. Growing state/corporate surveillance and authoritarianism face rising indignation. And thousands frequently demonstrate against racist police brutality and the looming threat of mass evictions, hunger and disease.

Leaders of the labour-based New Democratic Party politely beseech governments for very minor concessions in terms of unemployment benefits, paid sick days and childcare — rather than naming capitalism as the culprit of disaster, and demanding a democratically planned green economy. The price of ‘confidence’ in the minority Liberal government sought by the labour bureaucracy is far too low in a situation where the vast majority face utter calamity. Socialists advance the most realistic alternative to capitalist contagion, crisis and ruin – the fight for a Workers’ Government based on socialist policies. 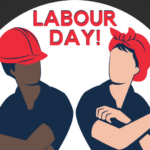 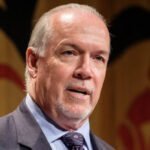