1. Timing and location of conventions

a) Biennial conventions shall take place at least once every other year at a time and place determined by council.”

There are no exceptions in the constitution. Under the section on the duties of Council, there are no powers to delay the biennial convention specifically, and no residual general powers given to council, period. The action by Council constitutes an apparent unconstitutional and anti-democratic coup against the party membership initiated by the Jagmeet Singh-Ann McGrath leadership. Why?

We have not seen the motion and can only speculate on the Council’s reasons. In the context of a minority government, which could fall at any time resulting in an immediate election, and with the party deeply in debt, an obvious concern is money. A related concern would be the time and effort to be expended by staff to organize a convention, which, they might argue, could be better used for pre-election fund raising and organizing.

Interestingly, the reaction of the leadership is to cut democracy, a betrayal of the very name of the party. An experienced political person should be able to see that bringing the party activists together, presenting the problems fully and forthrightly and mobilizing to fight the neo-liberal agenda of the Liberals, Bloc Quebecois and Conservatives, and the anti labour agenda of the Greens, is a more powerful way to go. Not by curtailing democracy, but by utilizing it, can the troops be better educated and mobilized.

It would be interesting to know how much conventions actually cost. Delegates fees are quite high and there are admission charges for special events. Does the convention cost money, or make money? Moreover, a convention held in a hockey rink or on a university campus rather than in a swank hotel shows the dire need for funds far better than cancelling it.

But is money the main reason for this attempted coup? Is it fear by the Singh leadership that at a convention he may face the fate that befell Thomas Mulcair when he was ousted at the Edmonton convention after losing 60 seats in the 2015 election? That was the Party’s election to lose. By campaigning on right wing, neo-liberal, anti-worker policies, Mulcair lost it, spectacularly. So, he was turfed.

That was a good thing, wasn’t it? It was certainly democratic. But the right wing social democratic leadership did not agree. They resented the intrusion of the membership into their 2015 debacle. It seems likely to those of us who never hear the night terrors of the right wing, that fear of a recurrence of 2015 with Singh was a major part of this calculation. After all the party lost another 20 seats. The party bureaucrats, now under the stern command of Anne McGrath, appear to have decided that it will simply not allow such rank and file intrusion again, even if the brass have absolutely no authority to block it.

The herding of right wingers into resolution-ranking meetings to vote down popular democratic and socialist resolutions at the 2018 convention presaged this, as did the stacking of the microphones to exclude those who favoured supporting the Palestinian people against Israeli Apartheid and murder. It was obvious then that Singh, advised by top party bureaucrats, would impose his will by whatever undemocratic means necessary.

In the lead up to the recent federal election the long delays on vetting prospective candidates, the last-minute rejection of pro- Palestinian and socialist candidates, the appointment of over 100 candidates directly by the central office bureaucrats, the party tops revealed their willingness to protect themselves by arbitrary, anti- democratic means.

On the west coast there was little discussion of a leadership challenge — until now.

Some say that only a vote of the entire membership should be able to remove a leader. This sounds democratic until you realize that any large, cross-country body with no exchange of views, no idea what the issues are, will nearly always opt for the status quo. For a state-wide vote to be democratic it would have to be well informed. Only after a full exchange of views, online and in writing, would such a vote be democratic. As a socialist, I would welcome the chance to address the entire membership. That is what democracy looks like. If this bureaucratic coup is allowed to stand, we can predict a worsening shortage of funds, a deepening demoralization of the rank and file, and the loss of more seats.

The NDP Socialist Caucus is circulating a resolution (see here) that calls on the Federal Council and Leader to hold a convention in 2020. Jagmeet Singh told an NDP candidate in Vancouver in mid-December that the cancellation was “a done deal”. If the campaign to restore democracy falls on deaf ears one can also safely predict the rank and file will strike with a vengeance against this coup at the first opportunity. 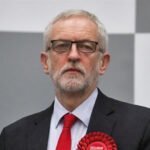